I will not be cowed, the Adventures of the Dark Chocolate Cow
830 Hits
0 comments
Read More
26 July 2018

Reflection on the Lantern Rouge 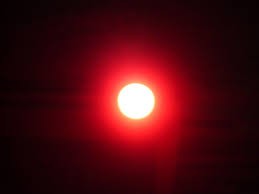 So it is now 3 weeks since I started the Cascade.  It's been a very weird and long journey indeed.   I've lost 20 lbs in the aftermath of the finish.

Looking back at not riding 18 miles of flat bike path after 40,000 ft of climbing, sandstorms, and night terror is not the difficult part.  At the point I stopped, I had gas in the tank.  I was riding next to a woman named Rachel who was a "bike sweep" sent by Susan Otcenas to follow me.  We had just gotten out of the spongy part of the trail to the woods where presumably, I would have hit my aerobars and ridden at 16-18 mph as I had been doing all day.  I'd eaten about 1000 calories only a couple hours earlier.  My knees were super cold and exposed since my knee warmers were back up on Loup Loup, but heck, I had time.  I'd been at it all day and it had been the ride of my life.  Then all of the sudden, I had trouble breathing.

I've had asthma for many years and am very good at managing it.  However, I could tell right away that it wasn't a normal attack.  It came on much faster than I would have thought from the conditions.  There was a lot of cut grass on the side of the trail, I assumed that since this was a previous trigger, it must be again.  But all the same, why so bad so fast?  I paused and used my inhaler, which didn't really work for the first time ever.

I considered what I had accomplished in the last 4 days.  I'd ridden nearly the entire Cascade alone (except for a few brief hours the previous day with another randonneur that I had lost outside of Malott).  I'd seen people randomly but really not had much in the way of conversation.   Many had apparently been taken out in the storm 2 nights previously.  I'd climbed 40,000 ft in, for the most part, nice weather (unlike the cold dank rain of 2012).  I considered the "why" of being there in the first place.

Since 2015, I've become largely a solo rider.  I train alone, pre-ride my own events alone, and for the most part do brevets alone; I'm not a super fast rider and never will be.  When I am around people, I subconsciously ride slower - a fact that has been noticed by others as well.  I came to the Cascade in many ways to see if "new me" could do it as "old me" had.  The 2012 Cascade had been one of the more camaraderie-focused 1200k rides I'd done.  But I hadn't really seen much in the way of scenery.  It had been rainy the whole time.  I'd picked up pneumonia and finished in horrible shape with about 3 hours in the bank.   I'd wound up with permanent scar tissue in my lungs as a result.  Not something I wanted to experience again.

So when I started coughing, I considered that a nasty asthma problem would probably really trash me again.  Not only that, I could not for the life of me think how I could be coughing and choking this hard with the medication I was taking.  Unless this was something that I had NOT encountered before.  When you suddenly have a wild card and you are headed into the woods with little chance of help except your fellow riders, you should consider the consequences.  I know that I did.

Finishing at "any cost" was something I might have done had I still been solo.  After all, if it got nasty, I'd have no one to suffer the consequences but me.  But watching someone else have a major medical situation impacts them too.  Would I wind up needing an ambulance at the finish if I pushed that hard?  When you have all the adrenalin going, you can do a lot of things.  When it stops, bad things can happen quickly.   So when the inhaler didn't work, I asked that we stop and back track and get off the trail.

I've always been way more into the journey than the finish.  I've already got a giant wall of medals and that wasn't what I was there for.  I have watched people stop breathing and it's an experience that I would never wish on anyone.  I didn't want to become someone else's nightmare - not Rachel's and not Susan's.  For me, watching out for your fellow riders near and far is the "rando way".  This is a sport about camaraderie and taking care of each other.  Not a mindless race to a finish or a medal.  Pushing on might have been the choice that "old me" would have made, it is not what "new me" could ever make.  Best to play it safe and just take the sweep to the finish where I could happily celebrate with friends.

But while we were waiting for the sweep, all of the sudden, other things happened.

I started feeling like the choking and coughing was worse.  Like I had swallowed something wrong.  That was really odd.  Then I got dizzy.  I had to sit down on the ground while Rachel held my bike.  She asked if we should call an ambulance, but the sweep showed up - faster just to get to an ER.  The ER ended the whole thing surprisingly quickly with an intravenous drug cocktail and a nebulizer.  The discharge was a nightmare and the stuff of other stories.  I finally got to the soccer field wasted out of my mind the next morning still with no sleep.  I know it wasn't pretty; I don't think anyone had any clue what had gone on.  I recall sitting on the floor of the bathroom in a stupor for an indeterminate period of time.  Some nice guys offered to share their cab to the airport with me.

I found out 2 days later back home when I finally read the paperwork in my bag that it hadn't been an asthma attack at all.  It had been anaphylaxis, a sudden systemic allergic reaction that can kill easily.  On the plane, I found a huge sting on my left knee that was hot and itchy and took 2 weeks to go away.  I can't be tested for a couple of months due to the nature of allergies, but I'm now walking around with a bunch of epi-pens.  The conclusion is that it was caused by either the sting or possibly mold in the air from the cut grass.  Time will tell - specific testing is scheduled for August.

So if Susan hadn't sent Rachel along and I'd pushed on, I probably had no more than an hour before my throat closed.  I'd possibly have died a pretty horrible death alone on the trail or in front of everyone at the finish.  Though so many, many things had gone wrong in the previous 24 hours, at least some things went right.

We often never know when we say or do something that has a lasting impact.  Sometimes we have to think about things for a long time to really understand the consequences of the events in our lives and the choices we and others make that drive them.  I found out later that no one was rooting more for me to finish than Susan was.  I hope she reads this and knows how truly successful she was that day as an organizer and as a far-way friend.   In every way, I think this was my best finish!  I hope she considers it to be a success for her as well.  Maybe one day we can be lantern rouge together.