I will not be cowed, the Adventures of the Dark Chocolate Cow
933 Hits
0 comments
Read More
26 July 2018 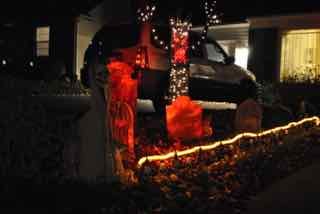 ​So this weekend, I asked IronK how long it had been since the accident.  Her response after careful consideration: 9 1/2 weeks.  In a fit of sudden recall (which these days is REALLY EXCITING), I suddenly had a vision of my old friend Jeff telling me about this movie about 20 years ago.  "Wasn't that some hetero dating movie in the 80s with ice cubes?"  I used every single one of my recently learned memory strategies from my speech pathologist, Allison.  "Oh, it has what's her name - that woman who was in that Batman movie, had no brain, and her name makes me think of an infant crib and I know at least 3 guys in my 20s that wished they looked that good in panty hose".  KIM BASINGER!!!

It's the small moments of victory you have to savor in the world of brain rewiring.  That and finally achieving a balance score that puts me out of the range of those that need the Clapper.

So this has been the absolutely most lovely cycling fall in Minnesota so it's really a rub that I have been cooped up in my house all month. But Halloween is just around the corner and it is IronK's favorite holiday so I dutifully helped with the big show in the front yard. I even survived a trip to the Halloween store and while I wore sunglasses the entire time and was really annoyed by the whole brain eating zombie scene, I did make it out without getting too much of a headache or fleeing in terror.

I've also gotten the go-ahead to finally do something besides listen to softly playing music in the dark. I'm back to work part-time and though nothing is as easy as it should be and the constant need for glasses makes me look like Stevie Wonder, I think I'm getting back into the swing of things.  I have a new and greater appreciation for foods with lots of texture and have even gone out in the garage to look at the Princess who has deflated tires.  I've started into using the elliptical in the basement.  Though I have to take it REALLY EASY, my neurologist assures me that small amounts of exercise are good for my brain.  As with everything, I just have to be really slow and measure everything.  No going ballistic with sprints.  I have a weekly yoga class now and although IronK and I are the only others in it, it still isn't at home.

I've found in my 15 minute flirtations with a heart rate above 120 that the brain fog affects more than my thoughts.  The neurologist pointed out that a single cell in your brain can control a whole muscle in your body.  So you can have muscle fog too.  I haven't been off the bike long enough to really lose muscle mass, but I think the interesting part will be in getting my brain to coordinate everything right.  It will be really fascinating to watch that happen.  I'm sort of looking forward to it in a strange way.

They say that time heals all wounds, which in my case is odd because I still have trouble keeping track of it.  But I also know that every hurdle I've ever had to get through made me into a better person.  I'm certain that this will be the case here too.